The Pros and Cons of Cross-Platform App Development Frameworks 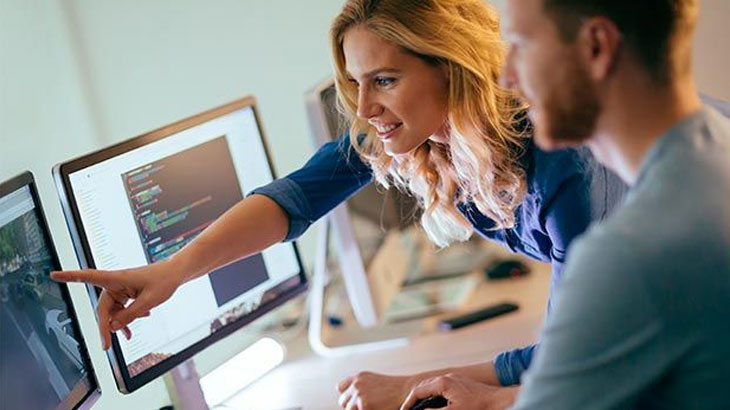 Both Android and iOS are extremely popular when it comes to operating software used today. It is due to this that many developers, particularly those within the US are moving away from what is known as Native app development, according to one article published by Forbes. Native app development in many instances is replaced with cross-platform development, which is what we’re here to discuss.

What’s the Difference between the Two?

We’re now going to go over some of the benefits of cross-platform app development followed by some of the known challenges or disadvantages.

One of the biggest advantages this form of development has to offer, code reuse is basically the ability to use a single code repeatedly. A set code can be applied and reapplied over multiple platforms thus saving energy, finances and of course, precious time! This as opposed to constantly having to redevelop and recode is far more efficient.

The fact that the code can be recycled is one of the aspects of cross-platform development that makes it highly feasible. This is far simpler than having to constantly do over written coding.

Unlike native apps, as long as you satisfy prescribed store requirements, cross-platform apps can be hosted across a range of app store interfaces as opposed to just one.

Uniformity is offered with regard to the devices native UI components.

Cloud integration is much simpler with cross-platform apps. Enterprise-grade plugins may be applied and used to help integrate the desired app with the cloud promptly.

Because of the versatility offered by way of operating software as well as the increased availability of cross-platform apps, these apps are extremely easy to promote. A well designed cross platform app will likely catch on faster than a native app counterpart!

Though the problems below do not extend to all cross platform apps, they are worth looking over just for the sake of clarity.

There may sometimes be a level of disparity between what a particular cross platform framework supports and what native app development can achieve. In such instances, users might find apps inadequate or lacking.

Simultaneously running multiple codes can sometimes cause apps to slow down if not carefully developed.

Certain developing platforms from this category may not have all of the tools required to build an app which is up to par.

What Should I Go For?

There you have it folks! A little useful information on the advantages and disadvantages of cross-platform app development. If you’re wondering what kind of app development you should opt for, we’re happy to help you decide. Get in touch with us and we’ll figure out what app development strategies may suit you best!

Get A Free Quote Calculate Pricing

Discuss your app idea with our consultants and we'll help you transform them to multi-million dollar reality. It's Free!

Have an App Idea Discuss it for Free. Act Now!